« An island of peace, lulled by the soft murmur of the river and trees»

Surrounded by nature, the Bärenmühle is the perfect place to relax
Nestled in a valley, between woods and meadows, the Bärenmühle stands in majestic isolation, lulled by the murmuring stream and the rustling of the ancient beech forests that surround it. For nearly 500 years, two mill wheels were used to grind flour and press oil in this place. Today, 15 rooms furnished in an elegant country house style invite guests to relax and unwind.
Writer Christiane Kohl and her sister, leather designer Bettina Kohl, have lovingly converted their childhood home into a romantic country hotel in which each room has been named after a historic event, and furnished accordingly. The result is a stylish refuge surrounded by enchanting countryside, on the edge of the Kellerwald-Edersee National Park.
This tiny parallel universe in the mill valley offers guests a true luxury in today’s world: restorative silence, fresh air, wonderful views and lots of space to unwind.
Fine country cuisine with a French influence promises delicious treats. A small natural spa programme, including yoga and Ayurvedic treatments, massages, a bathing lake and a sauna cabin in the wonderfully spacious landscape garden help guests wind down.
We look forward to seeing you!

The hotel with its own book
Life is a novel – and hotels sometimes tell the best stories. Romantik Hotel Landhaus Bärenmühle has appeared in several books and still has close ties with the world of literature. Das Zeugenhaus, a documentary novel made into a film by ZDF and written by author and hotel manager Christiane Kohl, begins in front of the fireplace in the Bärenmühle. Well-known bestselling author Bodo Kirchhoff mentions the country hotel in his novel Verlangen und Melancholie, and Klaus Brill, who worked as a foreign correspondent for the Süddeutsche Zeitung for many years, has even dedicated an entire booklet to the Bärenmühle: Wiesenpfad zur Weltgeschichte presents a slice of world history – important historic events from the Middle Ages to the modern day reflected in the microcosm of the Bärenmühle and the surrounding wooded valley, from Pepin, King of the Franks, Goethe and the Brothers Grimm to Dadaism and the Nuremberg Trials.
Once a year, Romantik Hotel Landhaus Bärenmühle becomes a hub of literature for the Literary Spring festival in the home of the Brothers Grimm. The popular festival has been held every spring since 2012 under the patronage of Mario Adorf, Germany’s favourite actor, and Friedrich Christian Delius, one of the most important German-speaking writers of the present day.

Live the romantic life, like the old miller and his family
A total of 15 rooms and suites are spread over three buildings – the old mill house, the historic barn and the Huguenot house.
The rooms are individually named and furnished to reflect themes and people that have played a role in the history of our valley and the surrounding area. Beautiful antiques, restored farm beds, and Biedermeier furniture, oak parquet floors, Italian crystal chandeliers and English curtain fabrics lend the house a rural elegance. 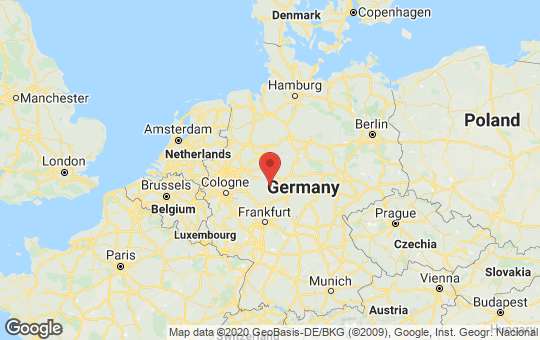